On the occasion of the 6th anniversary of Algorave (opens new window), AlgoSix was held in several cities around the world and also in São Paulo. All was streamed and joined in a three-day event.

Shortly after arriving in Sao Paulo after a period of five years living in Berlin would happen the world event commemorating the six years of the Algorave movement. As there was no one willing to do it and I thought it was important and pertinent to mark our presence at the event, to strengthen the Brazilian live-coding scene, I decided to produce and promote the first Algorave on Brazilian soil. Even without financial support some line up was formed of excellent artists and I had the support of many others. Many others will come.

Algorave has no DJ and no playback, has code! The instruments are the laptops. The music is live coded. Improvised and / or composed while playing. The codes are designed for everyone to follow and sing along.

My great gratitude to the artists who participated: 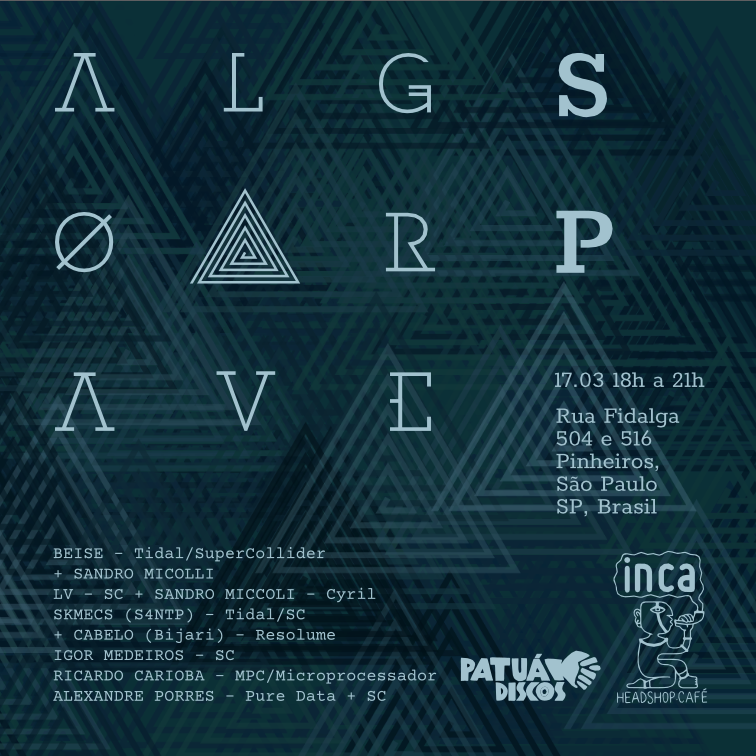 86 hours of live streamed music and visuals from around the world in celebration of TOPLAP (opens new window)'s 15th birthday.

This year I decided to focus on my session, so, I participated in from home sending my streamming.